A) The club will be known as Long Crendon Film Club (the ‘Film Club’).

B) Its objectives will be to promote and encourage interest in film as a cultural, artistic and educational form.

C) The annual film season will run from September to the end of April.

D) The club will be non-political and non-profit-making.  It is a project of Long Crendon Community Library (the ‘Library’).  All funds received will be paid to the Library and all expenditure will be met by the Library.  All equipment remains the property of the Library.

1. Membership will be open to members of the public aged 18 or over.

2. There will be a minimum membership of 25 persons.

3. To obtain membership an application form must be completed and the membership fee paid.

4. Personal data supplied by members on the application form will be held and processed by the Library in accordance with the Film Club’s privacy notice.

5. New members cannot access the benefits of the Film Club until two days after returning their application (Licensing Act 2003).

6. Only members and their guests will be admitted to screenings.

7. Members can bring a maximum of two guests.

8. The Film Club Committee and volunteers maintain the right to refuse admission to members and guests and can ask a member or guest to leave a screening for good cause.

9. Film screenings and film seasons will be advertised in advance by email, posters and information published in the Crendon Crier and on the Film Club website www.longcrendonfilmclub.com.

12. Film Club takings will have a separate code on the Library till.  The Library Treasurer will keep separate accounts of the Film Club income and expenditure in accordance with current accounting rules and practices and report to the committee at the end of each season.  The Library’s accounts will be subject to independent examination annually.

13. The appropriate copyright and licence fee will be paid for the screening of each film.

14. Screenings and events will take place in accordance with the appropriate public liability insurance and the Film Club will conform to the requirements of a Club Premises Certificate under the Licensing Act 2003.

15. All Library and Film Club electrical equipment will be PAT tested annually.

16. Refreshments will be on sale before and after each screening.  Alcohol (wine/beer/cider) will only be available for sale at Friday and Saturday evening screenings to Film Club members and guests aged 18+.  Proof of age will be asked of anyone appearing to be 21 or younger.  Alcohol purchased for sale at the film screenings will not be stored on the Library premises and will therefore not be available to other Library users.

17. Committee Members purchasing alcohol for sale by the Film Club will not derive any personal pecuniary benefit for doing so and, in particular, will not receive, at the expense of the Film Club, any commission, percentage or similar payment for doing so. 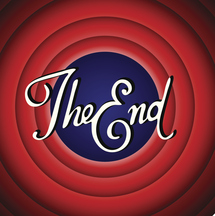